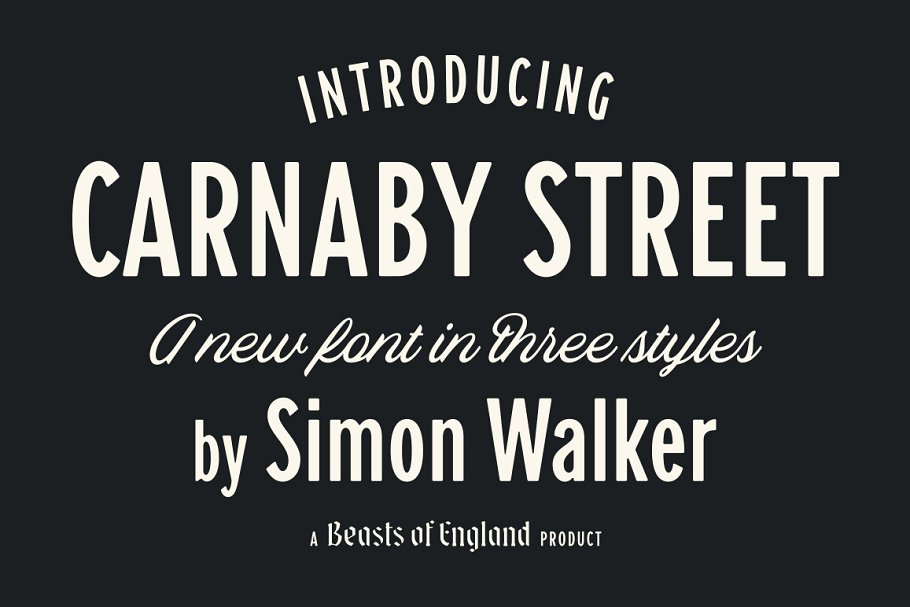 Inspired by the mod movement of the late 50s and 60s in England that made Carnaby Street one of the most popular hangouts in London.

Carnaby Street is a modern take on a classic condensed typographic style. It has 294 glyphs, supports multiple foreign languages, and includes over 30 alternate characters and ligatures. The purchase comes in three styles: Clean, Rough, and Blowout. The three styles work well independently – however, the two roughened versions were designed to be used at different scales within the same design, to help make the overall texture effect feel consistent throughout the layout (see image 7).