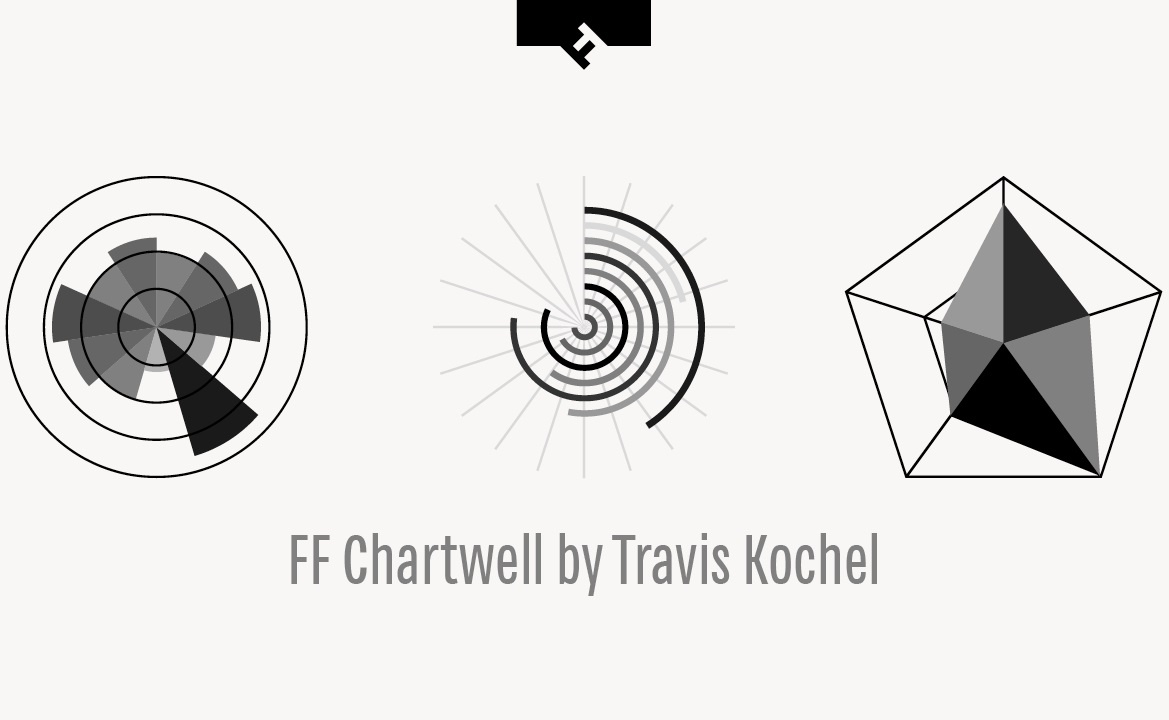 The family has 7 weights and was designed to create simple graphs.

Suitable for Adobe Creative Suite and QuarkXPress, FF Chartwell for print uses OpenType font feature ‘Stylistic Set 01’ to transform strings of numbers automatically into charts. The data remains in a text box, allowing you to update it easily. Just simply type a series of numbers like “10+13+37+40”. Turn on discretionary ligatures and a graph is created. Turn off discretionary ligatures to see the original data.

by James Willam in Fonts