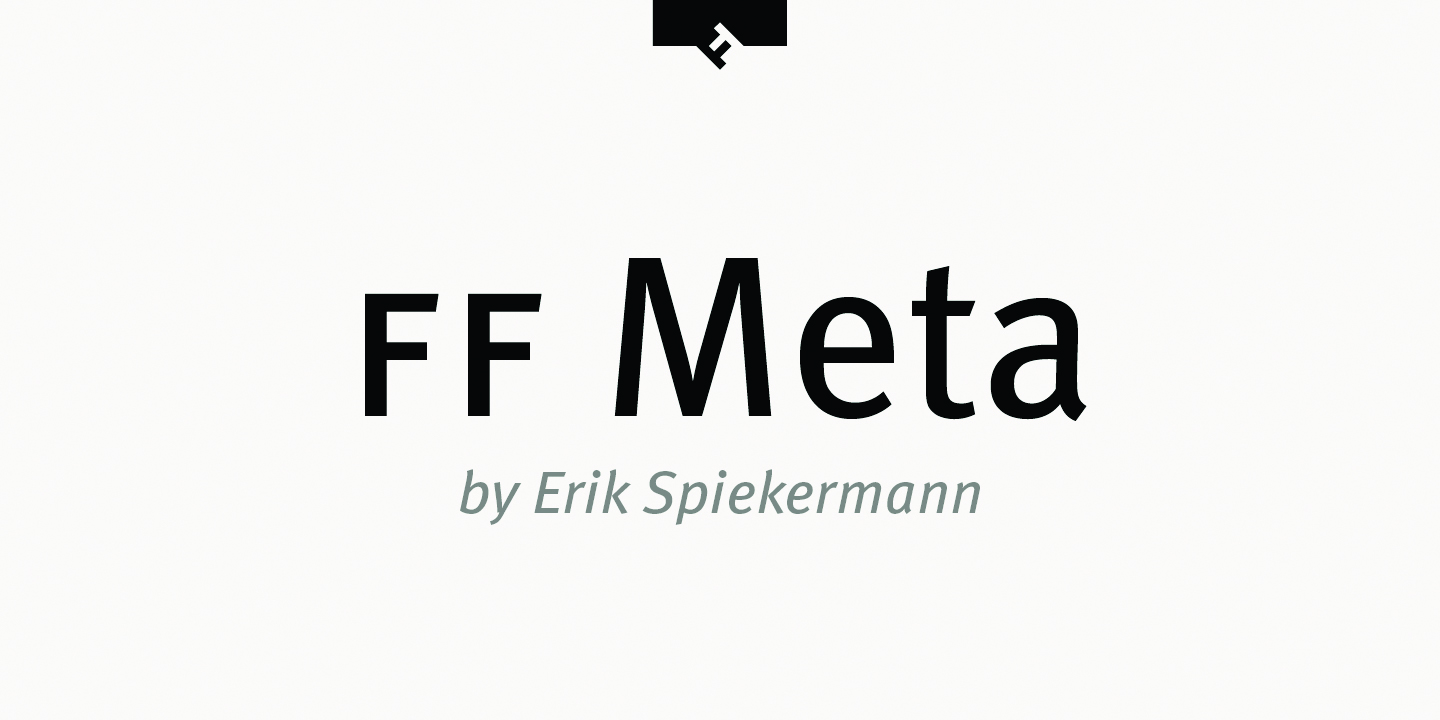 The family has 28 weights, ranging from Hairline to Black in Condensed and Normal (including italics), and is ideally suited for advertising and packaging, book text, editorial and publishing, logo, branding and creative industries, small text as well as web and screen design.

It comes with a complete range of figure set options—old-style and lining figures, each in tabular and proportional widths.

In 2011, FF Meta was added to the MoMA Architecture and Design Collection in New York.

This FontFont is a member of the FF Meta superfamily, which also includes